Finally there is a reliable way to measure success

WebConnection develops custom digital marketing campaigns for our clients which includes a generous mix of Paid Media, Owned Media and Earned Media. Let’s help you distinguish between these three types.

This is what most people think of when they hear paid media. Paid media is anything that isn’t free.

Some Examples of Paid Media include:

Paid media almost always involves a third party and an investment of money. You are investing to reach an audience developed and maintained by a third party platform.

We are able to accurately measure paid media performance through tracking metrics like clicks, conversions, views, time on the website, and bounce rates. Paid media is great, if you have the money to invest however all the benefits go away once you stop.

If you create or obtain the rights to a digital asset (content, graphic, video, etc), it is considered owned media.

Some Examples of Owned Media include:

Owned media isn’t exactly free. Creating and maintaining these assets and channels does require an investment.

Earned media is the result of the public and the press sharing, liking, forwarding your content without a required investment. Something related to your brand but created for free by someone else is considered earned media. Earned media enter the public consciousness organically, without the help of traditional advertising.

Some Examples of Earned Media are:

At WebConnection, we are experts at analyzing your competition and creating a measurable digital strategy campaign that delivers results.

On October 14, 2020, Michael Rosenfeld conducted a webinar with his co-host Larry Van Sant entitled “Generating & Closing Digital Marketing Leads”.  This webinar was well attended and the feedback was amazing.  We felt we would share this webinar with you.  We...

Season 1 Finale of “The Conversation”

Our own Mike Rosenfeld is the co-host a podcast entitled "The Conversation".  It is about the challenges facing U.S. cities with a focus on Baltimore.  Check it out at http://theconversation.city/the-podcasts/

On August 19, 2020, Michael Rosenfeld conducted a webinar entitled "Google Analytics 101".  This webinar was well attended and the feedback was amazing.  We felt we would share this webinar with you.  We hope you enjoy.   The video is available at...

What Are Google Alerts and How Can You Use Them Strategically

Google Alerts is a very underutilized tool. It is a free tool that allows organizations to monitor their online presence.  Below are some ways you can benefit from using this tool. Help track progress of your newly published content to see if it has been indexed by...

Our Websites Over The Years

In reflecting back over our 25 years in business, I thought it would be fun to share some of the versions of our websites starting from the 1990's. Check these out. We all have come a long way.

How GoToMeeting Dropped The Ball & Lost A Customer For Life

As a digital strategists, we have used a lot of tech platforms. This is a must watch, SCATHING video of horrible business practices by GoTo Meeting. a LogMeIn company. Their practices were so egregious, that we were forced to switch to Zoom. Is what they are doing...

Last year, Google introduced .new shortcuts that made it simple to create a new Google Doc, Google Sheet, Google Slide or Google Form Yesterday Google introduced 10 new domains.  Want to mess around with these, just click below or type any in your Google Chrome...

Did you know that you could have Google Analytics send you automated reports via email?  It is a great feature to keep you informed of how your website is performing. Too often, we are so busy we do not take the time to look at these analytics.  Below are the simple...

Mike Rosenfelds “The Latest Digital Strategy Tactics To Ensure Your Success” is released.

We are proud to announce the release of Mike Rosenfeld's publication, "The Latest Digital Strategy Tactics To Ensure Your Success". This publication is a collection of some of Mikes most popular white papers and blog posts. For a limited time, there are free copies...

Google has just released a new Chrome extension that warns you if the username and password that you're using has been stolen in any data breaches. It then prompts you to change them if they were. How huge is this? If you are unfamiliar with extensions for Chrome,... 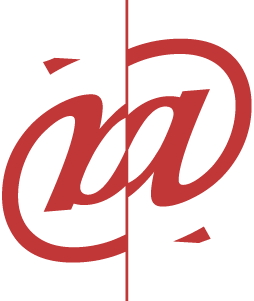 Tell Us About Your Needs